Cyclist wins stage, ends up in hospital and withdraws after popping cork into eye 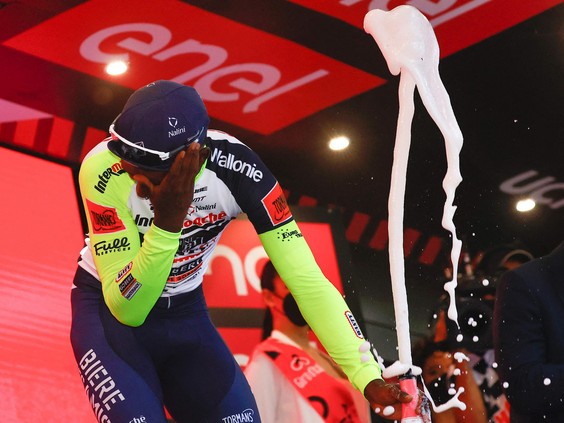 It was a good news, bad news kind of day for Biniam Girmay at the Giro d’Italia.

The cyclist won his stage on Tuesday, but ended up in hospital after popping a champagne cork into his eye during a celebration on a podium.

Girmay had won in Jesi, Italy, the 10th stage of the competition. He had become the first Black African to win a stage at a grand tour after a thrilling finish.

But the incident forced him to withdraw on Wednesday after being rushed to hospital a day earlier.

Tests showed Girmay had a hemorrhage in his eye.

The 22-year-old Girmay still celebrated the victory over Mathieu van der Poel — one of the top riders in the sport — with his Intermarché-Wanty-Gobert Matériaux teammates when he returned from the hospital, according to the New York Post.