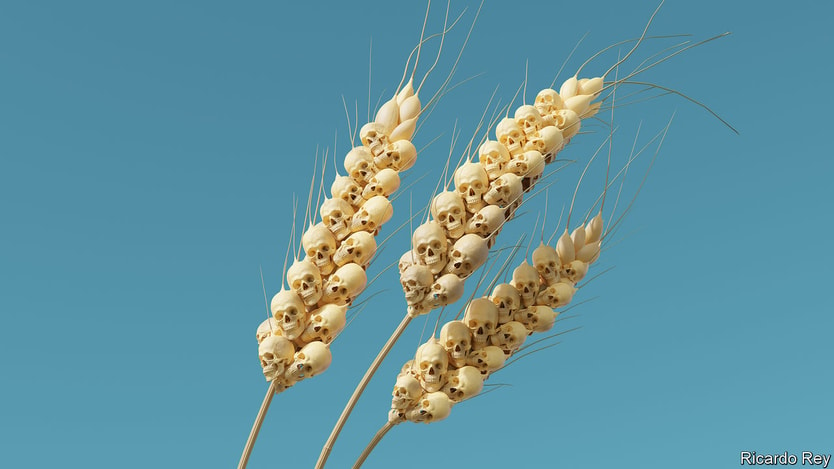 Vladimir Putin will destroy the lives of people far from the battlefield—and on a scale even he may regret. The war is battering a global food system weakened by covid-19, climate change and an energy shock. Ukraine’s exports of grain and oilseeds have mostly stopped and Russia’s are threatened. Together, the two countries supply 12% of traded calories. Wheat prices, up 53% since the start of the year, jumped a further 6% on May 16th, after India said it would suspend exports because of an alarming heatwave.

The widely accepted idea of a cost-of-living crisis does not begin to capture the gravity of what may lie ahead. António Guterres, the un secretary general, warned on May 18th that the coming months threaten “the spectre of a global food shortage” that could last for years. The high cost of staple foods has already raised the number of people who cannot be sure of getting enough to eat by 440m, to 1.6bn. Nearly 250m are on the brink of famine. If, as is likely, the war drags on and supplies from Russia and Ukraine are limited, hundreds of millions more people could fall into poverty. Political unrest will spread, children will be stunted and people will starve.