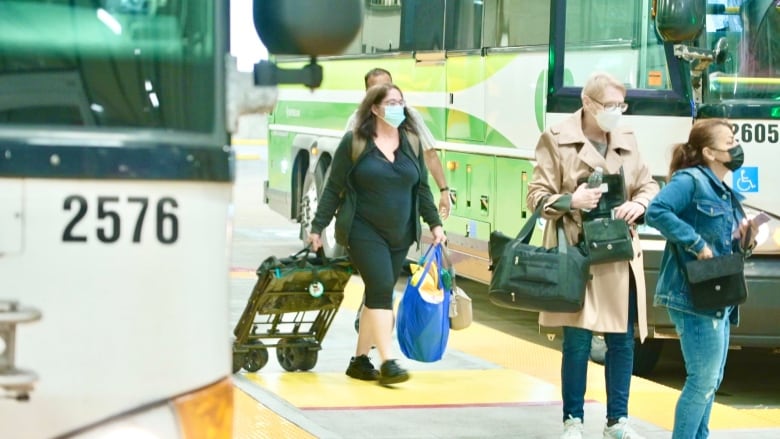 Transit ridership across the country is still noticeably down compared to pre-pandemic levels, even as more people return to the office and gas prices hit record-setting highs.

While vehicle use and air travel have nearly fully recovered from the pandemic, transit use may still take a few years to return to normal levels, observers said.

The most recent ridership figures from Statistics Canada come from March 2022. This was the twelfth straight month of year-over-year growth in urban transit. Still, ridership is only 52 per cent of what it was at the beginning of the pandemic in March 2020.

The most recent employment numbers show about 19 per cent of employed Canadians are still working from home, compared to 30 per cent during much of the pandemic. About five per cent have a hybrid arrangement where they split their time between the office and working from home.

Still, the influx of workers to the city's core is driven mainly by car and truck. Calgary Transit's overall ridership has increased recently, reaching about 55 per cent of pre-pandemic levels.