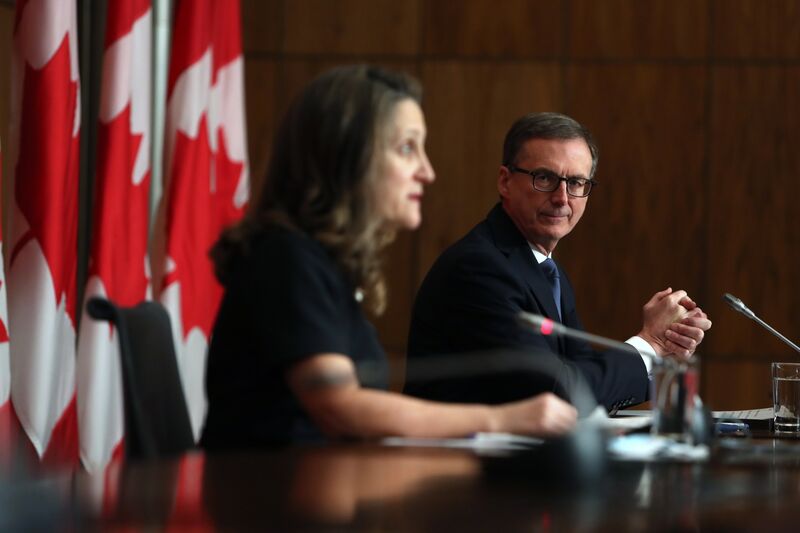 One of Canada’s largest commercial banks fired a broadside at Prime Minister Justin Trudeau’s government, warning that high levels of federal spending are hurting the fight against inflation.

“The output losses that the BoC must engineer to rein in inflation are falling disproportionately on the private sector,” said the report by Scotiabank Chief Economist Jean-Francois Perrault and Rene Lalonde, the bank’s director of forecasting.

“In effect, high levels of fiscal spending will necessitate an unnecessarily large crowding out of private spending,” they said. “Less government consumption would lead to a lower path for the policy rate and take some of the burden of adjustment away from the private sector.”

Scotiabank’s criticism lands on the heels of a speech by Finance Minister Chrystia Freeland last week about the government’s plan to tackle inflation. Her remarks Thursday emphasized the central bank’s primary role in the struggle to bring price gains to heel and her decision not to spend a revenue windfall on new programs in this year’s budget. But she announced no changes to policy.

Consumer price data for May are expected to show annual gains in excess of 7% -- the highest in nearly 40 years. In her speech last week, Freeland said inflation “is a global phenomenon -- one driven by factors that no single country is responsible for.”