NOT SATIRE: WestJet flights delayed due to system outage caused by train derailment 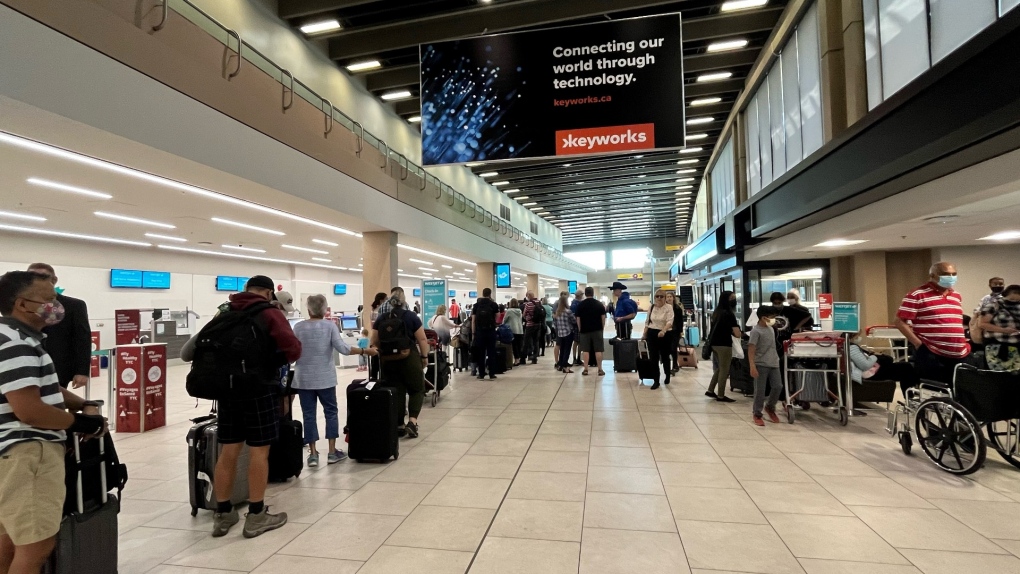 "Intermittent issues" in a telecommunications system led to delayed WestJet flights in Canada and abroad Thursday morning, but the source of the problem is believed to have been key fiber lines damaged in a train derailment near Bassano.

Officials with the Calgary-based airline confirm to CTV News that a NAV Canada system outage has been restored but, as of 10 a.m., baggage check-in problems persisted in Calgary, Ottawa, Saskatoon and Halifax.

NAV Canada confirms the disruption was with a telecommunications system of Zayo, a third-party provider.

"Ensuring the safe movement of air traffic in Canadian airspace is NAV Canada's top priority," said a NAV Canada spokesperson in a statement to CTV News. "As such, air traffic control will reduce the flow of departures and arrivals temporarily in some situations until the Zayo has restored service. Procedures are in place to assure safety of aircraft in our airspace."