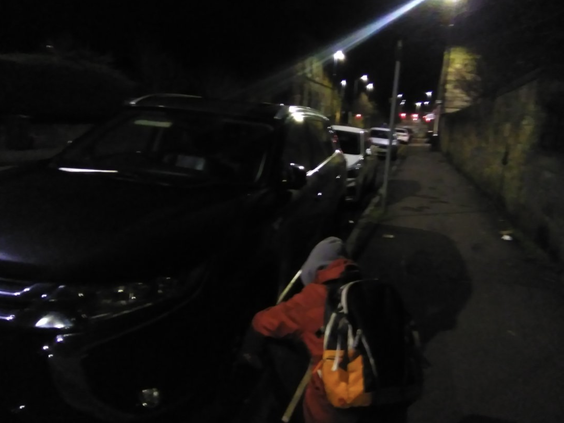 A group called The Tyre Extinguishers are expected to arrive in Vancouver soon, with a goal to deflate the tires of large SUVs.

According to a copy of a handout posted on social media by Lynda Steele, protesters deflated the tires of 34 SUVs in Victoria and Oak Bay over the weekend.

The leaflet was placed on the windshield of one of those SUVs. It reads in part, “We have deflated one or more of your tires. You’ll be angry, but don’t take it personally. It’s not you. It’s your car. We did this because driving around urban areas in your massive vehicle has huge consequences for others.”

The note then lists those consequences, including a claim that SUV’s pollute more than smaller vehicles, are more dangerous if they strike a pedestrian and that SUV drivers are more likely to drive in a risky way.

The Tyre Extinguishers Twitter handle stated the Victoria action was the first of its west-coast chapter and was set to spread to other major cities. This would include Vancouver.

The group states it is a “worldwide direct action environmental group with the goal of eliminating SUVs from urban areas.”

The account also has images of operatives deflating tires.