Roof is about to cave in on the Canadian economy 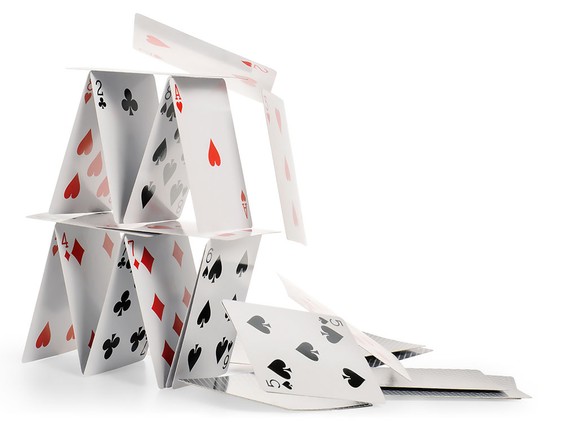 With the Bank of Canada’s aggressive rate-hiking cycle well underway despite a shaky residential real estate sector and high levels of household debt, it’s no secret that we believe the Canadian economy is headed for a more pronounced recession than many are calling for. But just how vulnerable is the overall economy to a collapse in the housing market?

Our analysis indicates that a reversion to the mean with respect to housing-related consumption expenditures and residential investment would lead to a 1.4 per cent drop in real gross domestic product (GDP), and keep in mind that this is a best-case scenario, since a pullback after years of excess typically leads to such measures going through the mean to the downside. In addition, a normalization of employment in the construction industry could lead to up to a 1.4-percentage-point jump in the unemployment rate to 6.3 per cent from the current level of 4.9 per cent.

While these figures are concerning, to say the least, the carnage could be much more severe than even we anticipate, given that household balance sheets remain in poor shape and that the economy’s exposure to the real estate market is near all-time highs, with real estate as a share of disposable income at a record 563 per cent and the share of new mortgages with variable rates at 55 per cent.

In recent decades, the housing market’s share of GDP has been steadily gaining ground, with the combination of real estate-related consumption expenditures and residential investment rising to 11.4 per cent today from a trough of 7.7 per cent in 1995. And while the housing market nationwide has undergone an extended bull run, we believe the current rate-hiking cycle by the Bank of Canada combined with weak fundamentals are likely to take their toll in the coming months.

We decided to skim through the history books and assess what the hit to real GDP would be should these two key housing-sensitive components revert to the long-run mean. As for the consumption component of the equation, housing-related expenditures would have to fall to a 5.3-per-cent share of consumption from 6.1 per cent, while residential investment would be pared back to 32 per cent of overall investment from 36 per cent. All in, these two declines combined would lead to a 1.4 per cent drop in real GDP. That said, as mentioned above, we believe this is a fairly conservative estimate. It’s hardly likely that these measures will simply mean revert after years of overheating.

A similar narrative has unfolded within the confines of the labour market, as we’ve seen a vast increase in the proportion of construction employment as a share of total employment over the past few decades as well — rising from approximately five per cent in mid-1998 to 7.9 per cent now (firmly above the 7.4-per-cent peak in November 2008). Should this share revert to the long-run average of 6.4 per cent, some 283,000 employees in the industry could be moved onto the sidelines, leading to an uptick in the unemployment rate to 6.3 per cent (roughly in line with the jobless rate prevailing in mid-2008) from the current 50-year low of 4.9 per cent.

There are also several additional factors that will likely accentuate the damage from a housing market collapse and ensure that the impacts are widespread.

With real estate as a share of disposable income at more than 560 per cent, reaching an all-time high in the first quarter of 2022, consumers’ sensitivity to a pullback in the housing market is likely to be heightened. As a result, the hit to consumption (and, thus, GDP) from falling residential real estate prices via the wealth effect is likely to be magnified, thus ensuring the imminent recession is neither short nor shallow.

Furthermore, unlike in the U.S. where fixed-rate mortgages prevail, the share of new homeowners opting for variable rates has climbed to a whopping 56 per cent in the first couple of months of 2022 (up from approximately seven per cent at the beginning of 2020), meaning consumer spending prospects are incredibly vulnerable to the Bank of Canada’s hawkish stance due to abnormally high levels of interest-rate sensitivity.

Finally, as we’ve explored previously, Canada’s relatively high levels of household debt will ultimately come at a cost to future GDP growth and hinder any ensuing economic recovery, particularly as debt-servicing costs continue their ascent in tandem with interest rates.

With a record-high exposure to the vulnerable housing market, the pullback in residential real estate prices that is likely to continue as the central bank carries on with its interest-rate-hiking cycle will hit the Canadian economy harder than the consensus economics community is currently calling for. Conservatively, we estimate a 1.4-per-cent hit to real GDP is in the cards, as well as an uptick in the unemployment rate to 6.3 per cent from 4.9 per cent, a drawdown that could be even more pronounced than the historical records show given the elevated exposure to the housing market, the high proportion of new borrowers opting for variable rate mortgages and historically high levels of household debt.

As a result, we remain steadfast in our belief that the Canadian economy is headed for trouble and the Bank of Canada’s monetary policy tightening campaign will be stopped dead in its tracks (or even reverse course) before year-end. Our advice is to steer clear of the loonie and remain bearish on real estate-related retailers and home improvement.