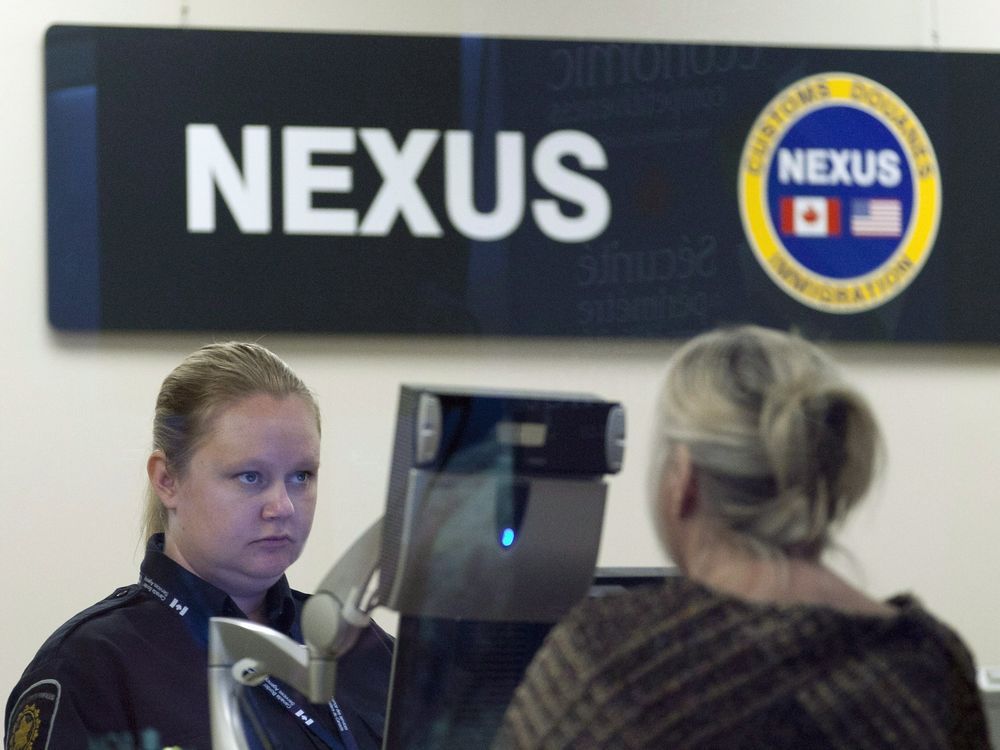 The Business Council of Canada says it is concerned over the continued closure of the Nexus trusted-traveller program, which allows pre-screened travellers expedited processing when entering the United States and Canada.

CEO Goldy Hyder says it is “deeply troubling” that the U.S. government has not reopened 13 Nexus enrolment centres, in a letter to David Cohen, the American ambassador to Canada, obtained by The Canadian Press.

The two countries are in dispute over a long-standing request by the U.S. Customs and Border Protection agency that its agents be afforded the same legal protections inside Nexus facilities in Canada that they currently have at ports of entry like airports and the Canada-U.S. border.

Public Safety Minister Marco Mendicino has cited the principles of Canadian sovereignty in explaining why U.S. customs officers can’t have the same legal protections at Nexus centres that they do at airports and the border.

Hyder says in his letter to Cohen that he fears the dispute will hurt businesses whose employees do not already have a Nexus card and he strongly urges the ambassador to recommend reopening the enrolment centres.

His comments come on the heels of Canada’s envoy to the U.S. saying the program is being “held hostage” by unilateral American efforts to renegotiate the preclearance agreement between the United States and its northern neighbour.

“There’s an attempt to renegotiate the terms of a 20-year-old program unilaterally and the program is being held hostage to that effort,” Kirsten Hillman told a symposium on the Canada-U.S. border hosted last week by the Future Borders Coalition.