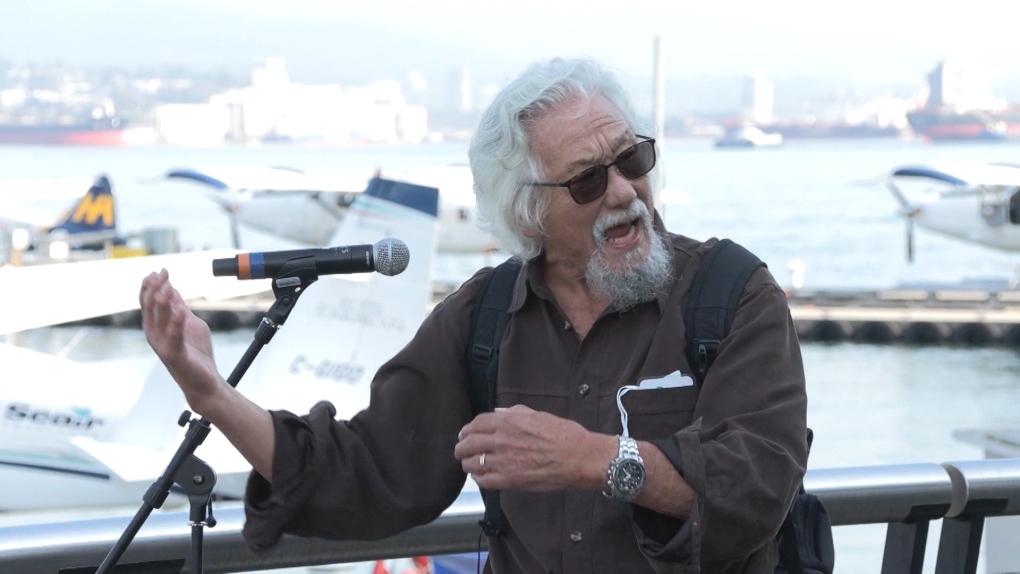 The event was held to announce federal funding for B.C.’s tourism sector, but Suzuki took the opportunity to speak out about what he calls the government’s lack of action regarding climate change.

“All this bullshit about how you’re trying to encourage the coming together to this beautiful land, what are we doing about this land? We’re not doing the right things to ensure tourism into the future,” said Suzuki, who also described comments made during the federal announcement as "bullshit."

Boissonnault said the investment will benefit four major tourism projects in the province. Digital tools and online infrastructure to help boost adventure tourism will be supported through $500,000 in funding.

Another $495,000 will be allocated to address labour market shortages in the sector. Nearly $100,000 will go towards a new bus for Uniglobe Travel, and $99,000 will support the construction of Harbour Air’s new sea plane terminal in Squamish.