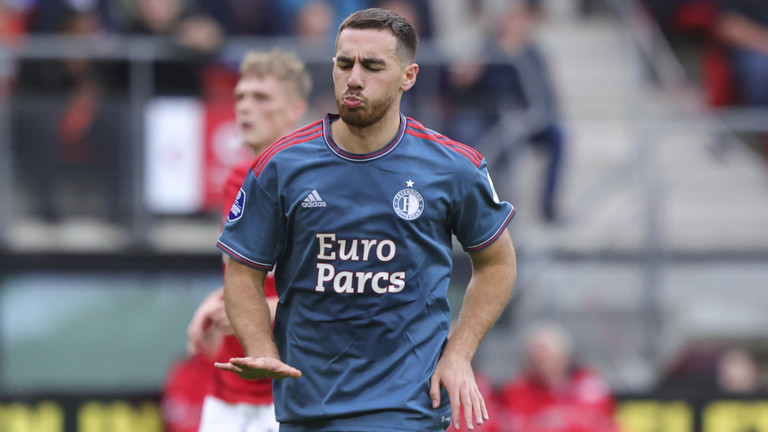 The 21-year-old of Turkish and Azerbaijani origin had skippered Feyenoord for their previous five matches, but cited religious reasons for his decision not to wear the armband at the weekend.

“I have decided not to wear the rainbow captain's armband of this round,” Kokcu said in a message shared by his club.

“I do think it is important to emphasize that I have respect for everyone regardless of religion, background or preference. I believe that everyone is free to do whatever they want or feel.

“I understand very well what the importance of this action is, but because of my religious beliefs I do not feel the right person to support this,” he added.

Kokcu, who was born in the Netherlands but represents Turkey at international level, said his religious beliefs made him uncomfortable with wearing the captain’s armband, but he accepted that some people might be “disappointed with this.”

Kokcu put in an impressive display at Alkmaar by scoring and providing an assist in the 3-1 victory that kept Feyenoord third in the Dutch top flight and two points behind leaders Ajax.

Gernot Trauner assumed the captaincy in the match in Kokcu’s place, but his snub comes at a time when rainbow armbands are currently one of the biggest points of discussion in football due to the One Love campaign that began in the Netherlands.

One Love has provided the armbands in the Eredivisie, and the captains of nine European countries plan to use the item linked to supporting the LGBTQ community at the Qatar 2022 World Cup.

Homosexuality is illegal in the host nation, and FIFA is yet to rule whether the rainbow armbands can be used at the tournament.

Should the football world governing body rule against the use of the item, England and their captain Harry Kane are expected to ignore the ban, as will the captains of the other nine countries which are the Netherlands, Belgium, Denmark, France, Germany, Norway, Sweden, Switzerland, and Wales.