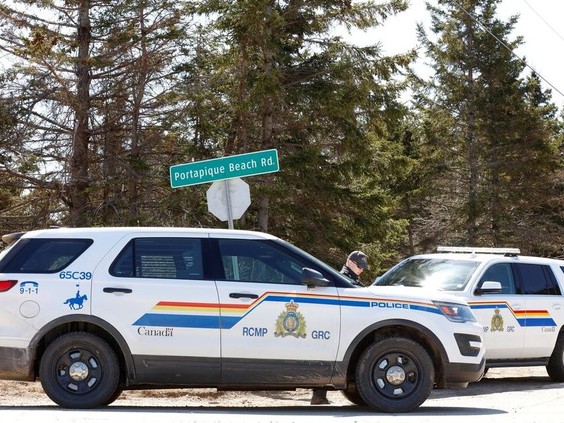 The inquiry into the Nova Scotia mass shooting has released partial recordings of a tense RCMP meeting at the centre of allegations of political interference into the police investigation of the massacre.

In recordings made on April 28, 2020 — nine days after the killings — RCMP Commissioner Brenda Lucki says she understands the police force can’t release details about the make and model of each of the weapons the gunman used to kill 22 people.

“I respect the protocol around keeping certain information back so that you keep the integrity of the witnesses,” Lucki said during the conference call with senior officers and staff from Nova Scotia and Ottawa. “I’ve been there. I’ve been involved in those kind of investigations.”

But she goes on to say she felt frustrated when she learned the speaking notes used for an RCMP news conference earlier that day did not include a reference to the weapons as semi-automatic and assault-style.

“I felt completely disrespected by the fact that I was told that (RCMP Supt. Darren Campbell) was going to talk about the guns in his speaking notes, and it wasn’t there,” Lucki said. “I don’t know what happened, but I think we have to do better.”

Lucki said publicly sharing basic facts about the weapons used was a request she received from a minister’s office, though she did not identify the minister.

“I flew it up the flagpole because it was a request that I got from the minister’s office,” she said. “And I shared with the minister that in fact it was going to be in the news releases, and it wasn’t.”

Though references to semi-automatic or assault weapons were not included in the remarks prepared for Campbell, the senior Mountie did mention the description in response to a reporter’s question.

But that wasn’t good enough for Lucki.

“What I don’t get is that I was told that there was a certain line that was going to be used, it was eventually used in a question … but I was expecting it to be part of the narrative that went forward,” Lucki said. “And it was only by fluke. Had the question not been asked, nothing about the guns would have been mentioned.”

Campbell’s handwritten notes from the meeting with Lucki, released June 21, prompted allegations of political interference because they indicated Lucki had assured Emergency Preparedness Minister Bill Blair and the Prime Minister’s Office the RCMP would release information about the firearms in a bid to support the government’s pending gun control legislation.

Both Lucki and Blair have denied that any political pressure was applied before the meeting in question.

But it is clear from the recordings that the legislation was on Lucki’s mind.

“Does anybody realize what’s going on in the world of handguns and guns right now?” Lucki asked those on the call.