OPINION: Canada, where the rule of law goes to die 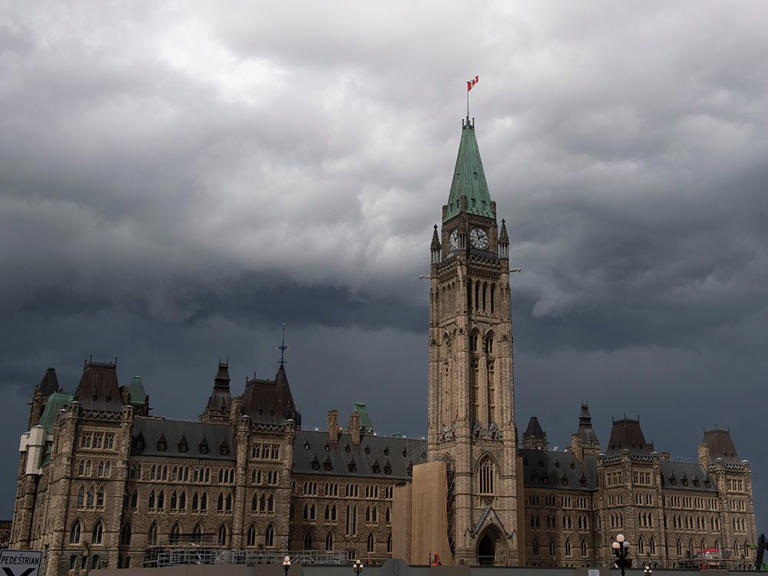 I have a solution for all of Canada’s problems, at least as they pertain to the coming battles between the Trudeau Liberals and the not-quite separatists in both Quebec and Alberta. Let’s all accept once and for all that the Constitution, frozen in time and awkwardly imported from Great Britain as it is, is merely a set of suggestions.

The Constitution’s text may clearly lay out the separation of powers between the provinces and Ottawa, but no level of government takes it seriously. And Canada’s legal tradition may extend back to the Glorious Revolution, even to Magna Carta, but that doesn’t mean our political leaders behave as if they have a duty to uphold such traditions.

This is not a country where, as Friedrich Hayek described well-governed societies, “the individual is free to pursue his personal ends and desires, certain that the powers of government will not be used deliberately to frustrate his efforts.” Rather, Canada is increasingly governed arbitrarily where it is political decisions that matter most.

New Alberta Premier Danielle Smith’s proposed sovereignty act, which she says would allow the province to ignore federal legislation, is indeed an unconstitutional assault on the the rule of law. But, mostly it is surprising it took an Alberta leader this long to plan something like this.

Premiers claiming powers they don’t have is the quintessential feature of Canadian federalism. The Alberta sovereignty act may go further than anything that has come until now, but what makes it stand out is how blatant it is.

Most of the time, it is just accepted that the provinces can do whatever it is they want, legality be damned. The federal government has refused for decades to assert its trade and commerce power, so as a result there are all manner of restrictions on what kind of food and drink can cross provincial borders, what kind of vehicles can be driven and at what time of day, what professional credentials are recognized, and which companies can bid on government contracts.

When British Columbia insisted it had the authority to block the Trans Mountain pipeline extension, it was obviously a bluff, but one its NDP government had every reason to believe would not be called. And true to Canada, Alberta responded with legislation — to stop the flow of oil and gas out of that province — that was itself of dubious constitutionality.

Alberta’s Smith invokes special treatment for Quebec when defending her sovereignty act proposal, claiming she is merely wanting to do what Quebec already does. But that’s not quite right, even if Smith has legitimate objections.

Quebec governments are constantly clamouring for special powers, over and above Quebec’s already unique Constitutional status, but it is the implicit threat of separation, rather than ignoring the law outright, that is why the federal government is always too happy to oblige. This includes, among other things, granting more power to Quebec over immigration, a distorted equalization system that favours the province, looking the other way when Quebec passes laws attacking linguistic and religious minorities, overrepresentation in Parliament, and privileging Quebec companies for federal contracts.

Unlike what Alberta wants to do, this is all perfectly legal, but that doesn’t mean it is acceptable. Giving special treatment in response to an implied threat is hardly the essence of good governance with predictable rules.

And when Quebec does  do something blatantly illegal as it most certainly did with the passing of Bill 96, which ludicrously claims powers to unilaterally alter the Constitution, the federal Liberals do nothing but shrug. No wonder the re-elected Quebec Premier François Legault thinks he can extract even more control over how many newcomers are admitted to the province: “If Quebecers want the Quebec government to have more powers over immigration, nobody will be able to resist this,” he said last week.

It is not surprising, then, that other provinces are looking for ways to assert themselves.

As for the federal government, it routinely invades provincial jurisdiction, mostly on health care, but the list keeps growing to now include daycare and dental care. These intrusions are smoothed over with cash transfers, but they are no less an affront to federalism for that.

When it comes to regulating industry, particularly the oil and gas industry, the Justin Trudeau Liberals are constantly changing the rules, and hinting at more regulation to come. This is not a concern only because the provinces have jurisdiction over resources, but also because it politicizes the rules. It is not so much a matter of less regulation versus more that is at issue, but predictable and consistent rules versus political decision making. The more arbitrary the regulation, the more individual or business success in this country is dependent on satisfying the changing whims of government. Hayek would be appalled.

Among Ottawa’s most egregious assaults on the rule of law was its use of the Emergencies Act to deal with an admittedly entrenched protest last winter. The high bar that legislation sets for its use was clearly not met because there were other legal options available to police, and because as disruptive as the freedom convoy was, it was not seditious, at least not by legal standards.

When lamenting the further erosion of constitutional principles that Alberta’s sovereignty act, and Quebec’s Bill 96 for that matter, represent, it isn’t clear what it is we are actually losing that we have not already lost.