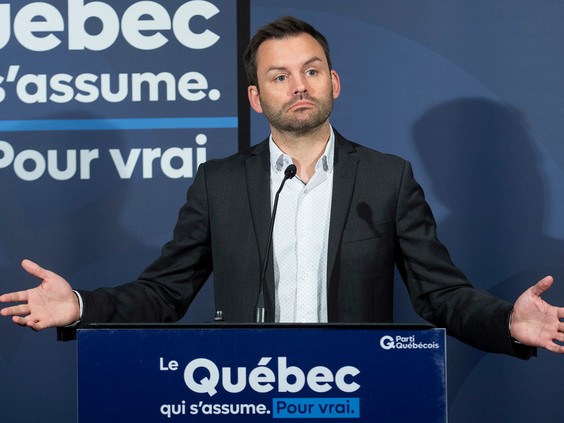 Parti Québécois Leader Paul St-Pierre Plamondon said Tuesday he didn’t want to swear an oath to King Charles III, but the newly elected member wouldn’t say what he would do if his formal request to the legislature is rejected.

Before they can take their seats in the legislature, members are required to swear an oath to the British Crown and to the Quebec people.

St-Pierre Plamondon, who is scheduled to be sworn into office on Oct. 21, says he has formally asked that he be allowed to sit after taking an oath only to the people of Quebec.

“It is a conflict of interest that your first act, your first meaningful gesture is to take an oath toward the population that elected you and simultaneously take an oath to the Crown of a foreign country,” St-Pierre Plamondon told reporters Tuesday in Montreal.

“It’s obviously a conflict of interest: you can’t serve two masters at the same time.”

St-Pierre Plamondon, who won his seat in the Montreal riding of Camille-Laurin on Oct. 3, said several times during the campaign that he would not take an oath to a foreign crown. He repeated Tuesday that he would not betray an undertaking he made to Quebec voters.

The PQ elected three members to the legislature. St-Pierre Plamondon said the two other members of the PQ caucus — Pascal Berube and Joel Arseneau — will join him in refusing to swear an oath to the Crown.