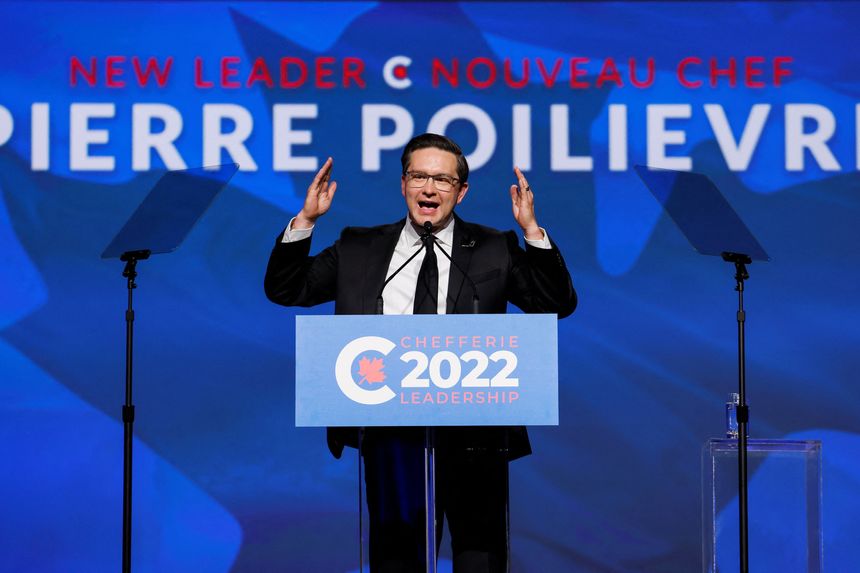 The rise of Pierre Poilievre will mark a significant turning point in Canadian politics. His ascent has put liberals’ seats in jeopardy, and liberals are now conscious of this. Liberals are pushing the party and its leadership to respond to the “wake-up call” for the party as the popular sentiment is currently frightening them.

A former senior member of the liberal party, while speaking to The Hill Times on a condition of anonymity said,“ The Liberals need to get off their asses,” if they have to face the rising conservative leader.

In fact, the members suggest a complete overhaul of the party, a completely new system and a way of working.

The senior member said while speaking to the Hill Times, “You’ve got to provide Canadians with a compelling narrative, fresh policy, especially around issues of affordability right now. They have to get back to the fundamentals: organisation, making sure that you’re recruiting good candidates.”

He further suggested making sure that local constituency organizations are working, and also building an organization because that’s what the Conservatives are going to be doing for the next couple of years: raising money, finding candidates, and getting organized.

The source claimed that the Liberals should be concerned about Poilievre’s popularity among Canadians because it would give Conservatives momentum, which would result in better candidates, more money raised for the party through fundraising, more organic support, and an uptick in party morale. He noted it may not be good news for the Liberals if the Conservative momentum continues.

You see since Pierre Poilievre assumed the leadership of the Conservative Party, members of the liberal party have been speaking in this manner. Poilievre has been enjoying a three- to a seven-point lead over the ruling Liberals since he was elected as the Conservative leader, which has alarmed the liberal members.

“A seven-point lead within two weeks is a lot,” said another Liberal member in an interview with Hill Times. “Every Liberal in the country is wondering, ‘Why are you not doing anything about this?’ ”

So the Liberals are alarmed and why shouldn’t they be? Pierre Poilievre is ahead in all of the polls. The latest seat projections from Nanos Research show the Conservative Party would win more seats than the Liberals if an election were to be held today.

The Ipsos poll, conducted on behalf of Global News, shows that 35 per cent of the 1,002 Canadian adults surveyed said Poilievre is the best candidate for prime minister, while 31 per cent were still putting their faith in Trudeau, who is falling behind the Conservative leader in major provinces.

So in order to defeat the conservatives, the concerned liberals are doing all in their power to persuade their leadership that it is time to change the way he oversees the liberal party.