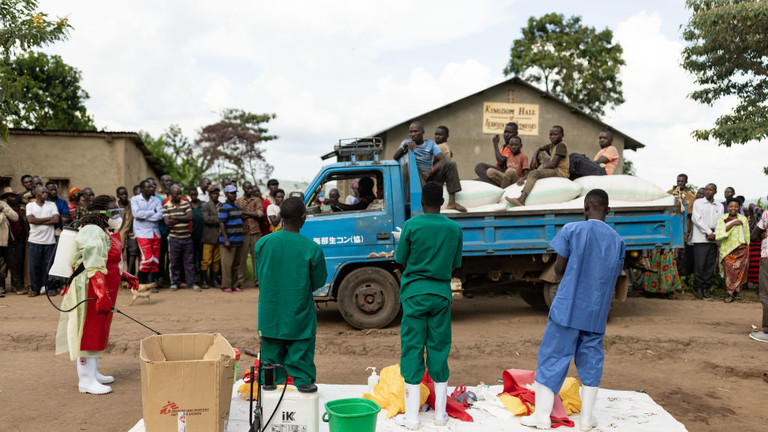 Uganda imposed lockdowns in two districts on Saturday to contain the Ebola outbreak, which has already claimed 19 lives. The news was confirmed by President Yoweri Museveni.

During a televised address, the president warned that, with 58 confirmed cases, there is a risk that “Ebola may spread beyond Uganda.”

The measures include an overnight curfew, the closing of markets, places of worship, and entertainment, and restricting movement into and out of the Mubende and Kassanda districts. Schools will remain open.

“All these measures shall start with immediate effect and will last 21 days because the incubation period for Ebola is up to 21 days,” Museveni said.

He ordered the Ministry of Health to intensify surveillance and contact tracing, and to mobilize additional resources in two districts, adding that Kampala city should be in “a response mode” following the discovery of two cases originating from Mubende.

The Health Ministry confirmed the outbreak on September 20, saying it had been caused by the Sudan strain of the Ebola virus.

The strain, for which there are no licensed vaccines or drugs, previously caused outbreaks in Uganda, South Sudan, and the Democratic Republic of Congo.

Despite not sharing a border with Uganda, Nigeria announced measures to prevent the spread of the disease from the country on October 4.

Ebola is a virus which usually starts with symptoms including fever, sore throat, muscle pain, and headache, often followed by vomiting, diarrhea, rash, decreased kidney and liver function, and bleeding. The average fatality rate of the disease is around 50%, according to the World Health Organization.