'Freedom Convoy' did not pose threat to the security of Canada: CSIS director 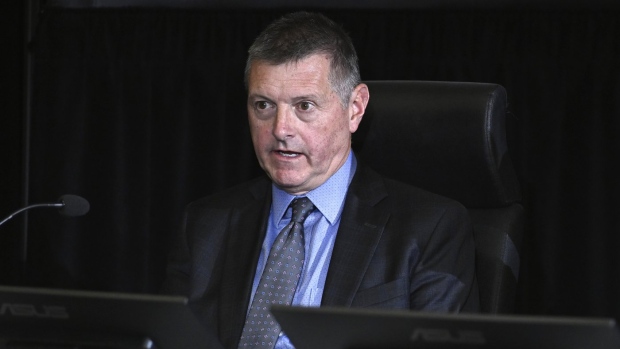 Liberal cabinet ministers deemed last winter's “Freedom Convoy” protests a threat to national security, despite warnings from the federal intelligence agency that threshold was not met, an inquiry into the use of the Emergencies Act learned Monday.

Prime Minister Justin Trudeau invoked the act on Feb. 14, arguing its temporary and extraordinary powers were needed to end blockades in Ottawa and at border crossings.

The legislation says a public order emergency is one that comes from a “serious threat to the security of Canada, as defined by the Canadian Security Intelligence Service Act.”

The definition includes espionage or sabotage of Canada's interests, foreign-influenced activities, or the violent overthrow of the government.

The Public Order Emergency Commission, which is holding hearings in Ottawa until Nov. 25, is tasked with determining whether the government was justified in triggering the legislation.

A document summarizing the evidence from David Vigneault, director of CSIS, shows he believed the protest “at no time” posed a threat to Canada's security and that there were no signs of foreign interference.

“He felt an obligation to clearly convey the service's position that there did not exist a threat to the security of Canada as defined by the service's legal mandate,” said the document, which was released on Monday through the public inquiry.