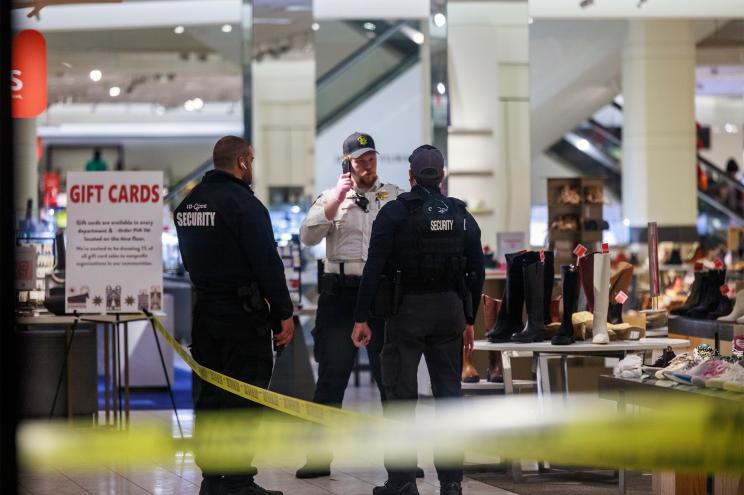 Five teenagers were charged with second-degree murder in connection to the Christmas weekend fatal shooting at Minnesota’s Mall of America.

SWAT officials arrested two 18-year-old men and three 17-year-old boys at a home in nearby St. Louis Park at 8:40 a.m. Saturday, about 12 hours after a 19-year-old man was shot dead during a brawl inside the shopping complex, Bloomington Chief of Police Booker Hodges said at a press conference.

Hodges said he is confident one of the 18-year-olds arrested pulled the trigger — although officers have not yet ruled out the possibility that there is more than one shooter.

A sixth suspect was still being sought.

Police believe the Friday shooting was an escalation of a “long-standing feud” between two groups of teens.

The teens had been brawling inside the first floor of the mall’s Nordstrom Friday night when one of the men whipped out a weapon and opened fire, police said.