NOT SATIRE: Shark Week has too many white men and is prone to 'fear mongering': study 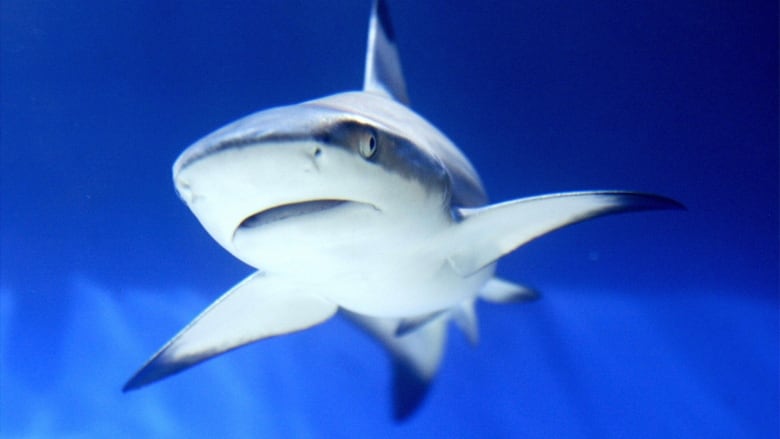 If you tune in to Discovery Channel's Shark Week coverage, you might get the false impression that all sharks are dangerous and all shark experts are white men.

A new study looked at more than three decades of Shark Week content and found that the vast majority of experts shown were white men. What's more, the tone of the coverage has tended to focus on the most dangerous shark species, often playing up people's fears of the endangered ocean predators.

"The message that they're sending, whether it's intentional or not — and it probably isn't — is that we're going to keep featuring the same people, they make for good television, and we're not as worried about presenting good science or really accurately representing the folks that are doing this work," co-author Lisa Whitenack told As It Happens host Nil Köksal.

"It's not doing the sharks any favours, especially because so many sharks are, you know, considered endangered or threatened with extinction."

Whitenack, a shark paleobiologist at Allegheny College in Pennsylvania, co-authored the study, which was published last month in the journal PLoS One.

Like many shark scientists, Whitenack grew up watching and loving Shark Week. But when she thinks back, she can't remember seeing many people who look like her or her colleagues.

"Unfortunately, my memory was correct. It is a lot of men and a lot of white folks," Whitenack said.

The study looked at more than 200 episodes of Shark Week that aired between 1988 and 2020. Of the more than 200 people billed by Discovery as experts or hosts, 93.9 per cent were white, and 78.6 per cent per cent were men. None used non-binary pronouns or identified as transgender.

The study's authors say this isn't reflective of the diversity in their field.