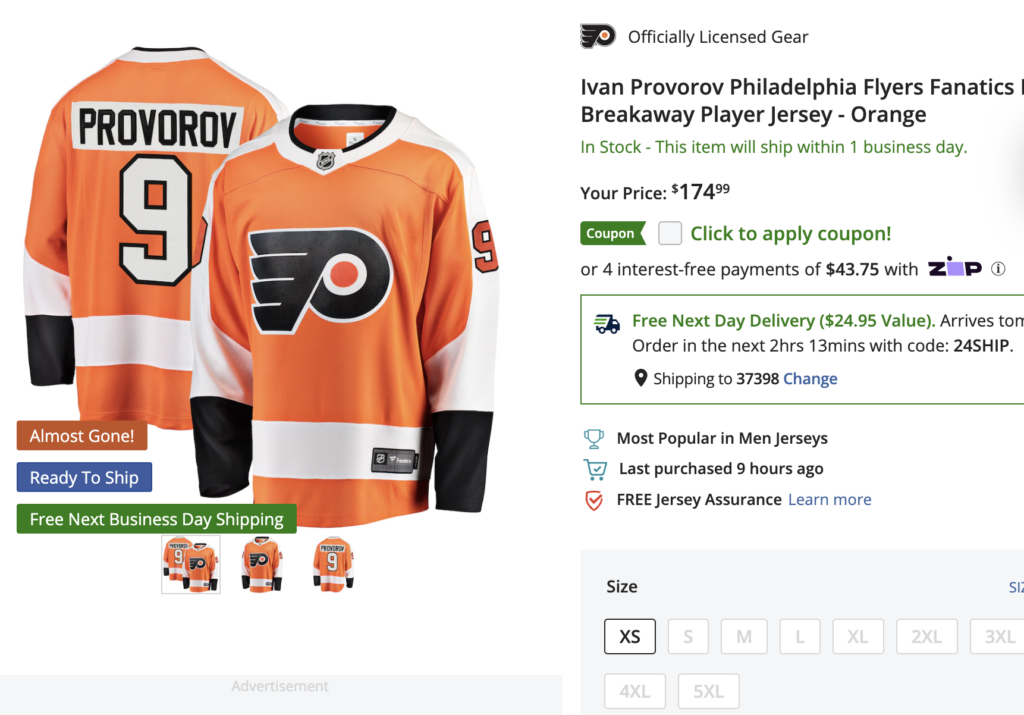 Just a few short days after most in the mainstream media crucified Ivan Provorov, his Philadelphia Flyers’ jersey has officially sold out online at both the NHL Shop and Fanatics.

Both websites are advertising their Provorov jerseys as ‘almost gone’ as the only men’s jerseys lefts are size extra-small.

Provorov has dominated headlines throughout the week after deciding not to wear a Pride-themed jersey during warm-ups ahead of Philadelphia’s game against the Anaheim Ducks on Tuesday night.

While the rest of his teammates donned the LGBT-themed sweaters during warm-ups, Provorov remained in the locker room.

After the Flyers’ 5-2 win over the Anaheim Ducks, the Russian defenseman explained his decision not to wear the Pride jersey.