United Nations to Hand Out Hundreds of Millions in Cash to U.S.-Bound Immigrants in 2023 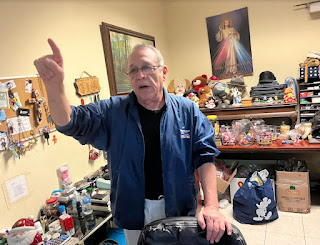 UN-organized ‘cash working groups’ are key to new White House border-management plan that pre legalizes immigrants before they can jump the border.
The director of this country’s largest immigrant shelter worked himself into a peak of outrage recalling the largesse of a United Nations program that, unknown to most Americans, has been showering millions of dollars in cash to help foreign nationals on their way to cross the U.S. southern border.
Casa INDI shelter director Jose Jaime Salina Flores was recounting the recent case of an immigrant mother staying with three daughters at his facility who demanded that Flores help arrange a UN raise above the 6,000 pesos a month the UN already gave her on a debit card (about US$300) and which she thought insufficient while she planned the journey over America’s border.
In his irritation, Flores would find unlikely common cause with some of the few Americans who know about this UN cash giveaway program, which is widespread and provides tens of millions of dollars to hundreds of thousands of immigrants on their way to illegally cross the American southern border.
In late 2021 and early 2022, the UN program drew outrage among advocates of regular immigration law enforcement, including congressional Republicans of border states, after they learned, in part from Center for Immigration Studies video, photos, and analysis, that UN debit cards and vouchers for transportation, shelter, and medical and legal advice to gain asylum “protection” all along Latin America’s migration trails were easing travel in the most voluminous ongoing mass migration in American history. One group of 12 Republican lawmakers in the House of Representatives, led by Texas Rep. Lance Gooden (R), last year proposed legislation calling for the United States to defund the United Nations for ironically, to them, using American tax money to inflict what they see as a catastrophe on Americans who pay those taxes.
But as White House border policies drive the crisis into a third escalating year, the same UN-led constellation of non-profit migrant advocacy groups have posted plans to keep this hemispheric-wide, migration-sustaining cash giveaway program going in 2023 and in 2024, according to a revealing planning document recently published online that has drawn scant, if any, media attention.
The “Regional Refugee and Migrant Response Plan” for 2023-2024, coordinated by the United Nations High Commissioner for Refugees (UNHCR) and the UN’s International Organization for Migration (IOM), both of which receive substantial annual U.S. taxpayer contributions, calls for a quarter of the $1.72 billion it wants for 2023 — some $450 million — to go directly as cash or cash equivalents to “migrants and refugees” on the move throughout Latin America.
All the planning and money handouts happen under the UN-coordinated “Inter-Agency Coordination Platform for Refugees and Migrants”, a network of some 228 non-profit entities and religious institutions established in 2018 that hands the money out or delivers other comforting, perhaps even enticing, services (p. 268 of the downloadable report lists the current participating organizations and their “financial requirements”).
https://cis.org/Bensman/United-Nations-Hand-Out-Hundreds-Millions-Cash-USBound-Immigrants-2023