Skip to main content
Showing posts from February, 2021
View all

Are all these COVID-19 border measures legal? The Quarantine Act explained

Ontario man fined $3.8K at land border crossing amid confusion over who's 'essential'

Israel adopts law allowing names of unvaccinated to be shared

Rare Blood Disorder Could Be Linked To Covid Vaccine

CANADA: Nurse dies due to cardiac arrest 24 hours after taking COVID-19 vaccine - Cause of death listed as COVID-19

Canadians want to drop the Monarchy but what would come next?

Why does Trudeau not want us to see vaccine deals?

Trump: So Innocent They Acquitted Him Twice!

Travel checkpoints within Quebec and between provinces are possible over spring break, says government 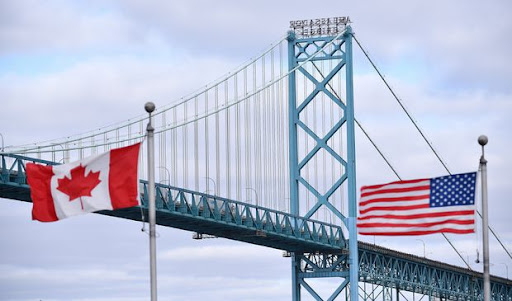 Unilateral move by the U.S. government While there has been no official word, a highly placed source in the Blaine port of entry told local immigration attorney Len Saunders on May 25 that the U.S. intends to unilaterally open the land border without restrictions between the U.S. and Canada on June 22. Another ranking CBP officer also confirmed the news independently. It appears to be common scuttlebutt among regular line officers both in the CBP and the Canada Border Services Agency (CBSA). The current border closure order was extended on May 20 until June 21. The border was closed to non-essential traffic on March 20, 2020. At the same time, the U.S. also suspended biometrics processing at e-SAFE ports of entry for non-essential travel and has extended the suspension each month in coordination with the border closure. Biometric processing requires individuals who are submitting electronic immigration files to go to designated ports of entry for photographs and fingerprints. On Tues 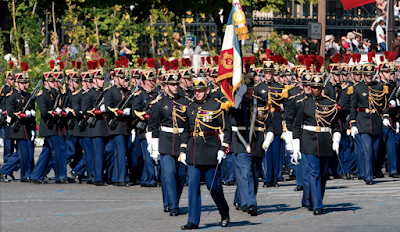 Protective Detail of France President ALL Resign over COVID Restrictions; will no longer protect President Macron

The Republican Guard, a security detail established to protect the President of France, have ALL resigned, and will no longer protect President Macron! The mass resignation comes on the heels of his Presidential Decree requiring French citizens to have and use a "Sanitary Passport" (i.e. Vaccine Certificate) or be denied access to stores, bars, even DENIED VOTING! Citizens are taking to the streets in almost every major city, literally battling with police over enforcement of these new Presidential Decrees. Mass-Media is mostly IGNORING the civil uprising, reporting almost nothing as the country erupts in protest. The fighting is getting bloody, fast: The French Government has had to scramble to provide some other type of protective service for the vicious Dictator, who is stealing French liberty. Members of the Guard who resigned have been asked why they quit and the near universal reply: "Macron isn't worth dying for". One can only hope the French people are